Support for the Integrity of Honduran Historical Resources

A statement posted today on the website of the Instituto Hondureño de Antropología e Historia provides insight into the continued efforts of scholars in institutions of this sort to carry on their efforts to protect the sources of historical knowledge that have begun to be appreciated and developed since the beginning of the Zelaya administration. It responds to reports circulating on the internet of a serious proposed breach of international conventions on the protection of cultural properties in the event of armed conflicts, as well as of Honduran law protecting such public goods.

As the looting of the Iraqi and Afghan museums during the respective conflicts in those countries, and the loss of Iraqi historical sites in particular due to military actions, makes plain, the world community needs to support the efforts of those who may be working alone to deflect contemporary conflicts from extending their reach to endanger such irreplaceable materials.

In Honduras, this threat comes at a time when public policy and efforts of public intellectuals has begun to expand knowledge of history and participation in its production far beyond those who traditionally have had the leading role in such explorations, including Honduran elites and international scholars. It is thus a promising sign that in the midst of such upheaval, the dedicated scholars of the Institute of Anthropology and History are determined to carry out their national and international legal mandates. 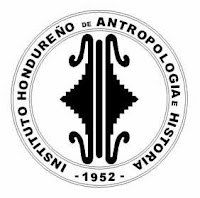 PUBLIC CLARIFICATION
In the City of Tegucigalpa, Capital of Honduras, on the 18th of July, 2009, the director of the Honduran Institute of Anthropology and History (Instituto Hondureño de Antropología e Historia or IHAH in its Spanish acronym) (www.ihah.hn), to the public in general CLARIFIES:

In the face of information that is circulating on the internet about the possible presence of military reservists that would occupy the building of the Antigua Casa Presidencial (Former Presidential House), located in the Historic Center of Tegucigalpa, the following is reported:

FIRST: The building of the Antigua Casa Presidencial, where the Honduran Documentary Center for Historical Research (Documental de Investigaciones Históricas de Honduras or CDIHH in its Spanish acronym,) is located (which shelters the National Archive of Honduras, the Ethnohistoric Archive of Honduras, and the Library of the Honduran Institute of Anthropology and History), is Cultural Patrimony of Honduras and is ruled/governed/controlled by the Law for the Protection of the Cultural Patrimony of the Nation (Decree 220-97).

SECOND: According to the aformentioned Law, the authority that is officially charged with caring for and administering the building of the Antigua Casa Presidencial, as with every National Monument, is the Honduran Institute of Anthropology and History (IHAH) through its Director and legal representative.

THIRD: The Director of the IHAH has not received official communication (in writing) on the part of any State authority with respect to the role of this National Monument, or any other, in any case of emergency or in a state of normality of the nation.

FOURTH: Even in the case of a situation of national emergency or a legally declared State of War, this National Monument, or any other National Monument inventoried as Cultural Patrimony of Honduras, is under the protection of the Convention of the Hague of 1954, "Convention for the Protection of Cultural Properties in case of Armed Conflict". Honduras forms part of this Convention.

It is worthwhile, in this respect, to highlight three articles of the aforementioned Convention:

Article 4) Which merits the respect that cultural properties should receive in case of armed conflict, and literally says:

The High Contracting Parties undertake to respect cultural property situated within their own territory as well as within the territory of other High Contracting Parties by refraining from any use of the property and its immediate surroundings or of the appliances in use for its protection for purposes which are likely to expose it to destruction or damage in the event of armed conflict; and by refraining from any act of hostility, directed against such property.

Article 8) sub-section b, among others.

Honduran Institute of Anthropology and History
Posted by RAJ at 5:39 PM